Cheap Box Carrying Out loud; Thousands of Russian Vehicles are "Specialized" in Vietnam 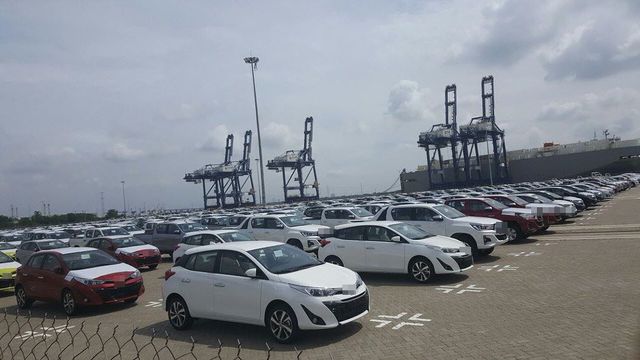 People intellectual The focus of the auto market this week is the news that cheap cars are massively landing in Vietnam, despite a decline in consumption in February 2. Meanwhile, thousands of tax-free cars from Russia are being "green lighted" by the Ministry of Industry and Trade into Vietnam from now to 2019.

According to data from the General Department of Customs, only in the first half of the month of 3 / 2019, the number of cars under 9 seats imported to Vietnam reached more than 3.880 units, an increase over the same period of the month of 2 / 2019.

In the first day of the month of 15 / 3, the number of cars imported into Vietnam increased sharply compared to the same period last year.

The total number of cars imported to Vietnam by the end of the day was 15 / 3 more than 22.104 units, an increase of 8 times over the same period last year. This is the peak month for importing cars in Vietnam.

Regarding the price, according to the announcement of the General Department of Customs, the import price of cars per month is estimated at more than 3 million VND / unit, lower than the average price of imported cars to Vietnam since the beginning of the year (more than 412 million VND). / pcs).

The volume of imported cars increases sharply, the price is cheaper, this is easy to see in the Vietnamese car market when most imported cars are small, cheap cars. Currently, Honda has started importing a series of cheap small cars Brio, while Toyota has increased the import of cheap cars such as Wigo, Mitsubishi, importing small, cheap cars such as the Mirage, Attrage or phenomenon. Cheap MPV car Xpander ...

Implementing the Protocol between the Governments of Russia and Vietnam, the Ministry of Industry and Trade proposes to amend the quota import (non-tax) import regulations for complete cars and car parts sets. 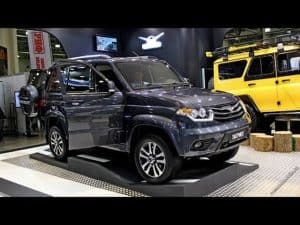 + Note: Learn 3 Types of Electric Cars Available on the Market

Along with that, more than 16.000 sets of components will be imported into Vietnam for joint ventures producing trucks, pickup trucks, cars in Vietnam as committed by the Governments of the two countries.

However, the series of cars under Russia's 9 seats in Vietnam have not really had a large market, mainly serving terrain vehicle players and Russian car enthusiasts.

In addition, Russian pickup trucks, specialized vehicles, and trucks in Vietnam are mainly used for security, fire prevention and transport. However, if Russian trucks are co-produced in Vietnam, they will also face fierce competition from locally assembled and manufactured vehicles such as Hino from Japan, Hyundai from Korea or Thaco, Kia….

Although car sales in Vietnam have increased sharply over the years, not all models have high sales. Currently, the Vietnamese car market has only about 9 models of different models with sales on the 10.000 units / year, eligible for production, increasing the localization rate in Vietnam. 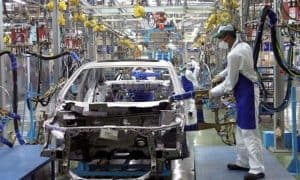 The rate of car localization in Vietnam is still simply screws, tires and assembly xe

With the sales of 10.000 units / year, Vietnamese automakers have a market, a market share and a profit to maintain the assembly capacity or invest in expanding vehicle production, localizing cars. .

Meanwhile, with the volume of cars allowed to be produced domestically, each year, one model only sells more than 2.000 units to the market, which is not attractive enough for businesses to increase localization.

According to car experts, currently, on average, Vietnamese people just have more cars than cars. This rate is much lower than Thailand and Malaysia.

Accordingly, Vietnam's total consumption of cars in the year of 2018 recorded a number of nearly nearlyUMX of cars / year, a significant increase compared to previous years. However, there has been nothing compared to Thailand on the million-unit 300.000 and Malaysia on the one-year-old annual import-export vehicle.

And in fact, the current localization rate is not considered an important and mandatory criterion for automakers, so this parameter is often ignored by businesses, even many car companies claim to be assembled. Importing 100% components from abroad like the case of SantaFe model of Hyundai Thanh Cong.

Many car experts admit that the "foreign taste" of car users and Vietnamese society makes many businesses dare not announce the localization rate of cars because many people still think cars are localized. will not qualify.

Not the world's major car brands, but the car lines that meet the needs and tastes of new consumers who are "eating up and making" in the Vietnamese market.

According to the statistics of VAMA - Vietnam Automobile Manufacturers Association, in 2018, 6 best-selling cars with sales of over 10.000 units belonged to Sedan, SUV, MPV, Crossover, Hatchback and Pickup respectively. However, most notably, the consumption of the three models of Sedan, SUV and MPV still accounts for the highest proportion, even though the price is not cheap.

Sedan is a traditional car, suitable for all customers, so it is not difficult to understand when this model has sales close to 99.000 units.

Multi-purpose SUV models also have relatively high sales near 35.600 units. This result is due to the fact that this model has diversified into many small urban SUVs in Vietnam, suitable for consumers and urban space in Vietnam.

Last year, although Vietnamese carmakers and imported cars massively launched small, low-cost hatchback models to the market, the increase of this model was not much. In the year of 2017, the consumption of small cars was only 11.000 units, the year of 2018, increased to the value of 13.000 units.

Increased sales, diversified supply from domestic assembly joint ventures to importers, small and cheap cars are expected to have a big sale in 2019. However, what consumers are hoping for is whether the price of this "grass car" line will decrease further or not is not clear. 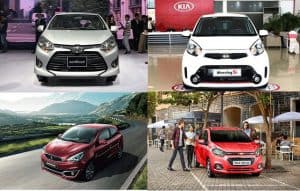 The supply is high and the consumption is good, but it is likely that the year that 2019 low-cost cars will not reduce prices

Thanks to the good sales, the price of small cars is always maintained stable, it is difficult for small cars, deep bargains to promote, great discounts, except for single brand customers.

In terms of profit, small cars, cheap sedans and hatchbacks are all assembled in Vietnam or imported. These cars are not too picky about the interior, standard and less multimedia so domestic firms are also easier to assemble, higher localization rate and also make a better profit from here.

According to a car dealership in Cau Giay, the small car market is currently affordable, so a big discount is unlikely. Competition will only cause the price of this car to drop a bit, firms and businesses importing cars will focus on market, distribution of small and cheap cars in provinces and localities to take advantage of customers. There is a high demand here.

The Ministry of Finance is submitting to the Government for supplementing the list of components of electric, hybrid and biofuel cars in the preferential tariff for import of automobile components in Vietnam. 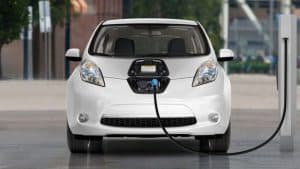 The Ministry of Finance would like to add a list of tax incentives for imported components for vehicles using electric and pneumatic engines ...

Previously, the Ministry of Finance consulted to add to the Draft Amendments to the Decree No. 125 / 2017 / ND-CP and the Decree No. 122 / 2016 / ND-CP of the Government on the Export Tariff Schedule, Preferential Import Tariff concessions, lists of goods and their absolute tax rates, mixed taxes, and import duties outside the tariff quota.

Currently, the incentive program for import of automotive components only applies to vehicles running on gasoline / oil (including vehicles under 9 seats, cylinder capacity of 2.5L or less, mini buses, buses / buses, trucks ), not yet applicable to eco-friendly vehicles such as electric cars, biofuel vehicles, hybrid cars.

In the policy of the State, currently environmentally friendly vehicles are only entitled to Special Consumption Tax incentives. However, after implementation, many policies have been exposed, needing to be changed, supplemented and amended.

For example, the tariff incentive schedule for electric car components only focuses on fuel-saving vehicle incentives, in which mainly focuses on electric-gasoline hybrid cars (hybrid).

Therefore, according to the Ministry of Finance, amending the tax incentive program with imported components for electric vehicles to add more types of environmentally friendly cars to the subjects of preferential application of the incentive program. Import tax on automobile components.

This move is to contribute to encourage the development of the automotive industry in line with the Government's orientation. In addition, the amendment of a number of provisions on procedures for the implementation of the Incentive Program to solve problems arising in the implementation process.

You are viewing the article Cheap Box Carrying Out loud; Thousands of Russian Vehicles are "Specialized" in Vietnam in the category news of Thanh Phong Auto. You can follow more good articles of Thanh Phong at Blog Share.