BMW vs Mercedes Race: Who's The Cheap Car, That Guy Wins 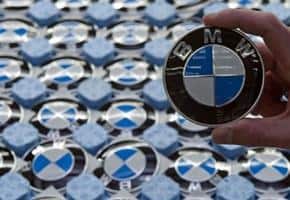 The race to win the "king" of luxury car sales in the US in December - the most important moment for high-end car businesses is nearing an end. It seems that BMW is showing "marginally" than Mercedes.

If he maintains his performance, BMW will regain the position the company has reliable shares that Mercedes acquired last year, the position number 3 will belong to Branch. Although modestly standing at No. 4 in sales but Audi is growing faster than any other big brand. Specifically, in the first month of January, the volume of vehicles sold increased by 11%.

Sales of luxury cars in the US by major brands.

The most interesting thing is probably the first time, the victory in this luxury car will be decided by the average young customers, not the older, wealthy customers. The container ships still carry loads of German luxury cars, like linesBMW 3-Series or a sedan C-class, docked in the US port. However, the actual growth rate of the year 2014 was thanks to the cheaper, newer versions and targeted at less affluent customers.

Audi's budget car line is Q3 has attracted customers from its first appearance in dealers in October. Meanwhile, BMW, the i3.000 generation electric car, has attracted 8 customers since its launch in May of 3 with the starting price of 5.100 USD.

“Luxury car brands realize that they need to care about younger customers. The crisis has passed and consumer sentiment is stabilizing, ”said Michelle Krebs, director of relations at AutoTrader.

However, in the transition to the mid-end market, luxury brands are arguing that young consumers will gradually buy more expensive cars when they succeed at work, even for them. that some luxury carmakers betting on cheaper cars eventually have to give up and produce more expensive products.

While the German luxury car giants chase customers with thin wallets, the majority of the luxury car market continues to stagnate and shows no signs of catching up.Lincoln is an example. It doesn't need to make a new, cheaper model to appeal to younger buyers, while the Ford brand focuses on this, Cadillac There is also a less expensive line (Chevrolet) in the General Motors family.

Jeff Bracken, general manager of Lexus USA, said that he will not chase after competitors "under" than him. His colleagues at Toyota have long focused on this segment. “Certainly the sales will be good if the price is below 30.000 USD. However, there is nothing easy in this business segment. For Lexus to become a real luxury segment, we need to think about selling prices above $ 30.000, not below that.

German brands still need American buyers to compensate for the sluggishness of the European economy. The long years of stagnation in Europe also mean that BMW and Mercedes will earn heavily from customers paying in USD.

In pursuing a cheaper business strategy, luxury car brands have tightened their car prices this year. Within the first month of last year, the average discount for a new BMW was $UMUMX USD, according to edmunds.com. This year, the figure is only USD 10. Mercedes has cut down the prepaid amount from USD 3.900 / car to USD 1.600 in the same period. American car manufacturers have to offer more promotions to attract buyers.

The law of price can quickly disappear when the New Year is near. The week between Christmas and 1 / 1 is the best time to sell luxury cars. “I've always thought this was silly. However, this is a great bargain for these companies, ”Kerbs of Auto Trader said.

You are viewing the article BMW vs Mercedes Race: Who's The Cheap Car, That Guy Wins in the category news of Thanh Phong Auto. You can follow more good articles of Thanh Phong at Blog Share.