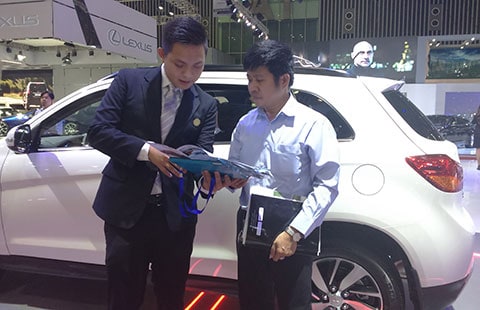 According to a recent research proposal of the Ministry of Industry and Trade on the method of calculating special consumption tax for passenger cars, it is expected that the tax rate will rise to a record high, the price of cars will be higher than 2-3 times higher than current prices. However, there are still a lot of mixed views from car manufacturers, importers, experts, even consumers.

According to the proposal of the Ministry of Industry and Trade, vehicles with engine capacity of above 2 liters and above will increase the special consumption tax rate higher than the current tax rate. Especially, the highest tax rate is for cars with a capacity of more than 6 liters, special consumption tax will be 195%, an increase of 135% compared to the current tax rate.

According to the Ministry of Industry and Trade, the more fuel-efficient and environmentally-friendly vehicles are, the more expensive they are to impose high taxes to limit consumption, increase budget revenues, and reduce trade deficits.

If the excise tax rises, carmakers have to improve their engines in small capacity but strong capacity to compete. In the photo: Customers looking to buy a car at the Vietnam Motor Show 2014 exhibition held in Ho Chi Minh City. Photo: Q.HUY

The representative of Truong Hai Auto Joint Stock Company (Thaco Group) - a domestic manufacturer and assembly of vehicles agreed with the tax calculation method offered by the Ministry of Industry and Trade. For vehicles with low fuel consumption and environmental friendliness, tax reduction is required. Moreover, most Vietnamese people use cars with engines under 2 liters, the prices are suitable for the income, and mainly run in the city so they do not need big engines. Large, fuel-consuming cars need a high tax.

But many carmakers say they will face many disadvantages if the regulations to adjust the special consumption tax implementation.

Mr. Vu Truong Giang, Head of Development and Sales of Infinity Car Company in Vietnam, said that its cars had engines from 3,5 to 4,6 liters, the lowest retail price was 2,7 billion.

Audi is also in the category of subject to high tax adjustments. If this provision is implemented, the car will have a very high price, 2-2,5 times compared to the current price. Excessive prices will significantly affect the number of customers.

According to Tran Tan Trung, General Director of Lien A International Joint Stock Company, a genuine distributor of Audi Vietnam, the models with large capacity of 2,5-3 liters, which consume more fuel, increase the tax. As for cars with an engine capacity of 2-2,5 liters, the tax rate should be kept unchanged because at present this segment of the market needs a lot and moderate prices. While motor vehicles under 2 liters mostly run in the city. If an increase of 20% is added, the special consumption tax for this vehicle is 70%, very high. At that time, the consumers themselves would suffer.

Priority should be localized

Although many people think that the tax rate is not reasonable, many car manufacturers' representatives said that the increase of special consumption tax based on the engine capacity of the car is the right way for Vietnam.

Mr. Tran Tan Trung, General Director of Lien A International Joint Stock Company, said countries around the world are also imposing high taxes on vehicles with large engine capacity, high fuel consumption, affecting the environment. school. It is this regulation that will force car manufacturers to change the engine capacity, and use new technology to increase engine power output according to consumer demand.

A representative of choxe.net forum, an expert in the automotive business, said that if this tax rate is applied, it is certain that cars with large engine capacity of 3 liters or more will die. It is possible to spend 2 to 3,5 times to buy a car of such high value. High value car companies will leave Vietnam. As for cars with smaller engine capacity, which are selling in large quantities, they will thrive, especially enterprises (enterprises) producing and assembling popular and cheap cars.

You are viewing the article Car Tax Increase: Luxury Cars Hard to Live in the category news of Thanh Phong Auto. You can follow more good articles of Thanh Phong at Blog Share.