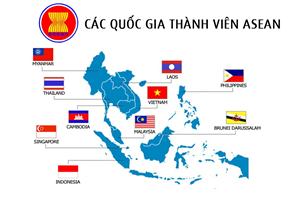 According to the Ministry of Industry and Trade, automobile corporations seem to have plans to increase production in Indonesia and Thailand to export to Vietnam.

By 2018, when the import tax is 0%, cars from ASEAN will have more conditions to flood into Vietnam.

The number of imported cars increased sharply, but the average price decreased, reaching about USD 17.000 / unit, much lower than the average value of the same period of USD 20.000 / unit. In particular, the number of vehicles imported from ASEAN accounts for a large proportion. 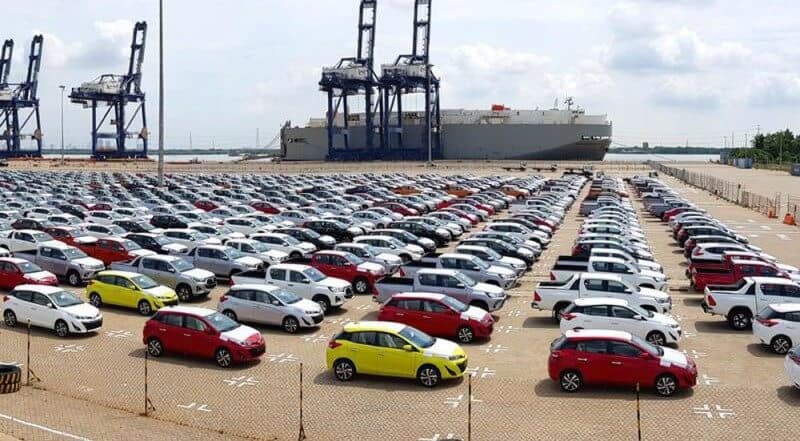 The reduced import tax rate is said to be the reason for the increase of imported cars from ASEAN. From 2014 until now, according to the General Department of Customs, the number of CBU cars imported from ASEAN increased gradually, as the import tax rate decreased.

Go to 2018, when the import tax of 0%, more and more conditions for imported cars from ASEAN to flow into Vietnam. According to the Ministry of Industry and Trade, it seems that automobile corporations have plans to increase production in Indonesia and Thailand to export to Vietnam.

Currently, the assembly capacity of a number of large automobile corporations such as Toyota, Honda in Thailand is still in surplus of about 300.000 vehicles / year. Several other famous auto corporations have plans to expand production in Thailand and Indonesia to export to regional countries.

At present, Thailand's annual automobile output reaches over 2 million units, of which domestic consumption is only close to 1 million units, the remaining is exported.

In Indonesia, the annual automobile production volume of 2016 was also more than million units, but the number of new cars used only accounted for about 1%.

Meanwhile, according to the evaluation of the Ministry of Industry and Trade, the current price of Vietnamese cars is still high compared to regional countries; Although the quality of the vehicle is improved, it is not equal to that of imported cars. The new auto industry is at the level of simple assembly. The localization rate for individual cars with up to 9 seats is low.

Domestic enterprises said that it is difficult to prevent ASEAN cars from overflowing when the import tax on export value is%. Not only that, from 0, the special consumption tax for cars with cylinder capacity of 2018L or lower decreases to 1.5% and the volume of 35L-1.5L decreases to 2.0%. Meanwhile, small cars imported from ASEAN will benefit dual: reducing excise taxes and reducing import duties at the same time.

Therefore, the competitive pressure after 2018 is very great, car production in Vietnam will face the risk of being unable to compete, even if it does not exist under pressure of imported cars. 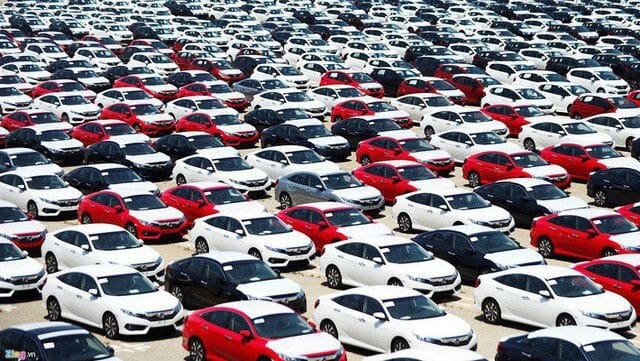 The Ministry of Industry and Trade has recently outlined a number of solutions to promote the domestic automobile industry. Specifically, will create a large enough market for car manufacturers, such as encouraging the use of domestic cars, reasonable protection of the domestic auto market, ...

In addition to the construction of technical barriers, there are measures to combat trade fraud such as strict control of the declaration of taxable prices, fraud of the localization rate, the level of export turnover of ASEAN within the ASEAN to enjoy preferential tariffs. .

For domestically manufactured and assembled vehicles, the import tax on components and spare parts will be adjusted on the principle that they are smaller than the import tax on finished cars; study the possibility of applying special consumption tax rates to vehicles with high localization rates, without special consumption tax on the value created in the country. Along with that is supporting industry development; Attracting investment from multinational corporations pouring money into large-scale projects, especially focusing on brands and vehicles not yet available in the region.

Currently, imported cars have been put into conditional business items, next time policies will be issued for strict management.

However, many experts still wonder. Because, it is not easy to set up technical barriers because the Vietnamese standard is lower than other countries.

When the import tax is on the% of 0%, there is strict control and increase the taxable price to add USDUMXX / car, then the price will increase only about USDUMXXX. By the year 1.000, in order to have the price of imported cars from ASEAN at the current price, the taxable price must be raised to at least USD 500 / vehicle. However, it is impossible to raise the taxable price, but it must be based on the manufacturer's selling price in the regional market.

Meanwhile, many popular models in Vietnam are also very popular in the region, with large volumes and an internal localization rate of over 40%. Increasing fees such as registration fees, environmental fees, ... may limit consumers to buy cars, but also hit on cars manufactured and assembled domestically.

If the import tax of components is reduced to the rate of 0%, enterprises are not encouraged to invest in developing supporting industries, if there are no other incentives that are attractive enough. The reduction of excise tax on the domestic production value for cars is considered a quite effective measure to enhance the competitiveness of locally assembled vehicles, encouraging car manufacturers to increase the localization rate. . However, this solution may violate international commitments.

Go to 2018, though not completely stopped, but certainly the FDI automobile enterprises will cut many previous domestic-made models, switch to import for distribution. Meanwhile, the number of imported cars will increase even more. The richer category has reduced taxes, so limiting imported cars is said to be difficult.

According to Tran Thuy / Vietnamnet

You are viewing the article Cheap Thai, Indo Car to Vietnam: 2018 Great Discount Oto in the category news of Thanh Phong Auto. You can follow more good articles of Thanh Phong at Blog Share.